Endorsed by Stan Wawrinka, winner of the 2016 US Open

Yonex updates the V Core Range with the V Core Pro 97  a strong all round racket that can suit a variety of playing styles. With this update, Yonex has introduced new Flex Con technology, a tapered and elongated box-frame shaft that is composed of Flex Force and Flex Fuse graphite, for precise control of the ball. Control seekers who desire a maneuverable, whippy, straight shooter racket should take a look at the V Core Pro 97.

From the baseline, The V Core Pro 97 is very user friendly. Easy to swing and generate power, while remaining stable enough for off center shots. The thicker beam offers more pop than pervious generations, and there is great opportunity to generate depth and spin. The swing weight is low, making it easy for players to  accelerate through the hitting zone, and to scramble shots on the run. Control is the main attribute here, and players who need more punch on their shots and groundstrokes may be disappointed. However, the power of the V Core is definitely on par with other rackets its category. 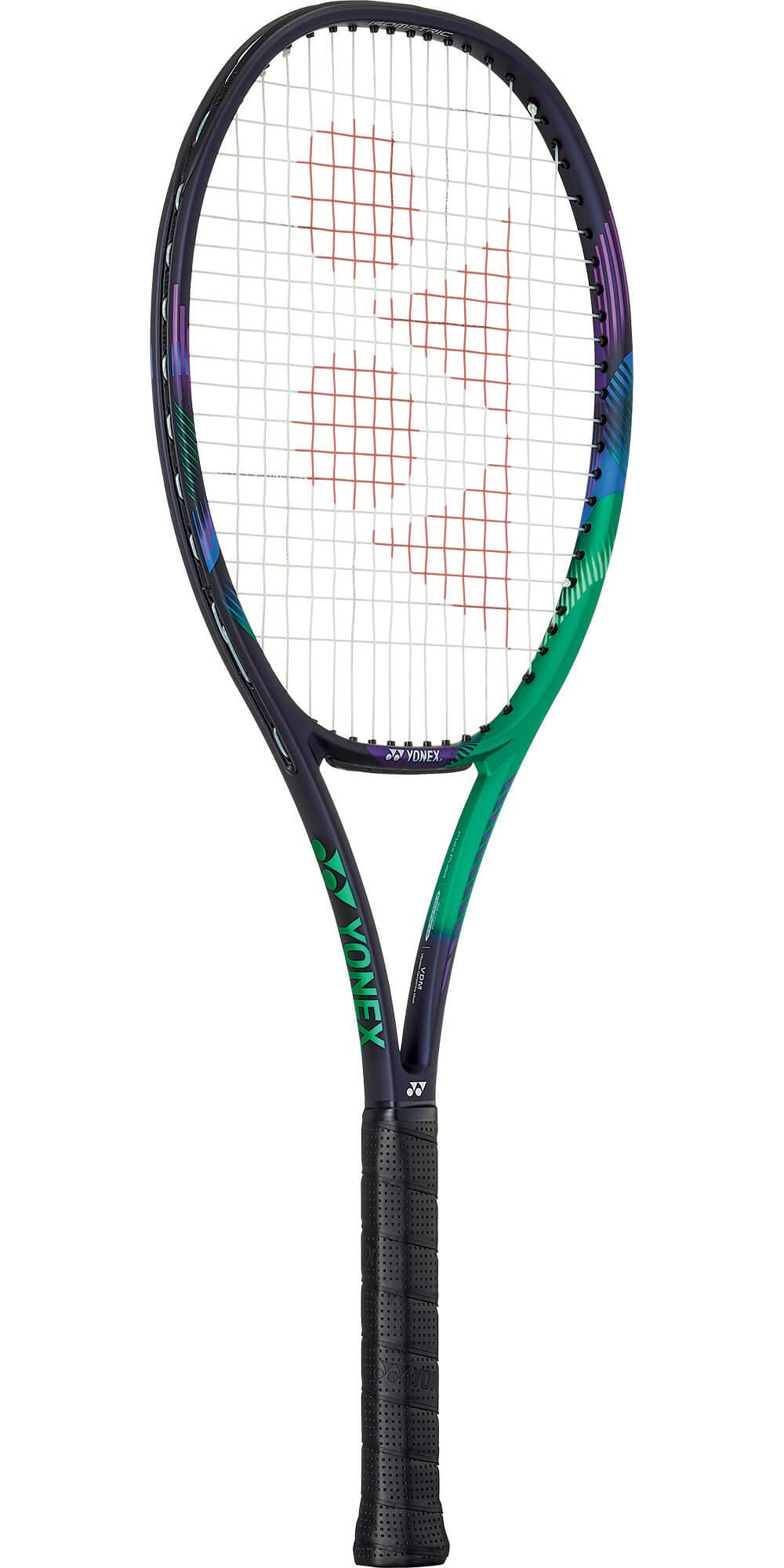 Up at the net,  The V Core is a great performer. There is a balanced combination of power and control for volleys, and the pop from the thicker beam can give players the option to push volleys deep or hit dipping volleys. The subtle touch is a shining attribute with the thicker beam, but players who like stiffer rackets may loathe the V Core's dampened feel. That said, fans of control oriented and whippy rackets will appreciate the stability and response from the V Core up at the net. Net rushers and doubles players will love what the frame brings to the forecourt.

The V Core is effective for serving, with some nice pop and good accuracy. The forgiving swing weight can help the player attack the corners with more spin or hit flat serves down the middle. The open pattern provides opportunities for spin, and off center serves are more forgiving with the flexible feel. Free power is definitely lacking here, but the precision and placement can make up for it, if one is willing to drop speed from their serving. It is powerful enough to start from an offensive position, and as expected, the control is superb.

The racket is easy to maneuverer for returns, but like serving, some players may need some extra oomph behind their shots. There is room for drop shots, spin, deep, and defensive returns in your arsenal and players can swing freely with the nice combination of stability and control. In an overall sense, whether you’re playing from the back of the court, or attacking the net, the V Core Pro 97 (310) is right up there with some of the best rackets in its category. Control and Precision are the shining attributes here and its striking purple and green cosmetic gives the racket a rustic charm. Check out ATT'S own Liam Hignett's review below.